"Death awaits you all!"

Androxus is a Flank Class Champion in Paladins, introduced on March 11, 2016.[2]

Once a noble lawman of the Outer Tribunal circuit judges, Androxus and his former partner, Lex, were relentless in their pursuit of criminals and threats to the natural order. After a tragic confrontation with a deceitful goddess, though, he became afflicted with an otherworldly disease dooming him with an endless hunger for souls. Now he wanders the Realm adrift to feed that hunger, stripped of his rank and duties with the Tribunal, and condemned to live with the curse for all time.

A six shot semi-automatic revolver that deals 520 damage per shot every .36s. Effective at Short Range.

Absorb all shots from the front. After 1.4s, fire a blast dealing 75% of the damage you absorbed.

Quickly dash forward in any direction. Can be used three times before going on Cooldown. Hold Jump while in the air to reduce fall speed.

Begin flying for 4s and mutate your Revolver to fire 4 explosive blasts that deal 1000 damage every .5 seconds. 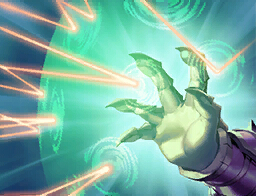 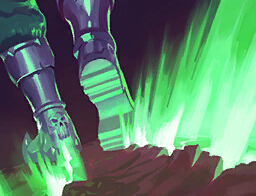 Through the Warp II 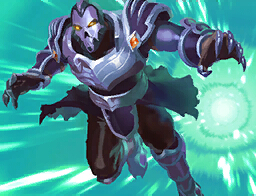 Card description
Increase the distance of each Nether Step dash by 20%. 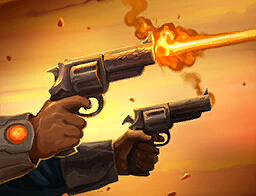 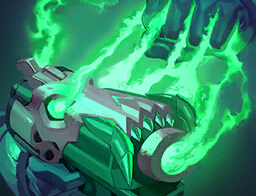 The following is a list of all cosmetic items available for Androxus: 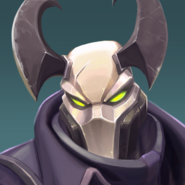 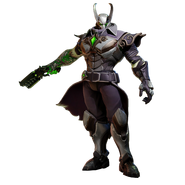 Promotional concept art for Androxus
Add a photo to this gallery

Retrieved from "https://paladins.fandom.com/wiki/Androxus?oldid=8796"
Community content is available under CC-BY-SA unless otherwise noted.