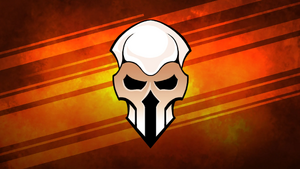 The Bounty Store is a Special Store that holds a rotating stock of 3 Cosmetic Items for a few days before rotating to a new selection. One of the three items will change at 12:00 PM (noon) UTC each day. It can be found in the in-game store tab. These skins can be purchased with a unique type of currency known as

Bounty Coins. The price of these skins fluctuates, and they only stay in the store while supplies last.[1] Skins can reappear multiple times.

The Bounty Store features a selection of three different skins that individually rotate every 24 hours. The price of skins will occasionally change while in the store, sometimes increasing slightly, other times decreasing slightly. Some skins also have a limited quantity, with these skins no longer being purchasable if sold out until they rotate back into the store at later dates.

can be earned in a variety of ways for linked accounts, including:

Bounty Coins. Quests completed before linking your account will not give you

Bounty Coins after linking your account. Watch the video below to learn how to link the account.[1]

How the Bounty Store works[]

The Paladins Bounty Store uses the basic principles of supply and demand in a way that makes getting skins not just a matter of currency, but also of timing. The store offers three skins at a time, and there is a limited supply of copies of these skins (varies in number from skin to skin) which players can buy. After 24 hours, one of the skins is replaced by a new one, regardless of whether all the “existing” copies in the Bounty Store were sold or not.

During a skin's presence on the virtual shelf, its price will change randomly, going up as more units are sold, but also going down as time progresses, making the price difficult to predict.

Upon purchase, be patient. Pressing the purchase button too many times may charge you more and may cause duplicate skins. Instead, wait until a notification informs you that you've received the skin after purchase.

On November 11th, 2020 the Alpha of the Bounty Marketplace was launched, though it would only be announced on the official Paladins Discord server; it was later announced elsewhere on November 16th, 2020. This version of the Marketplace allows players to trade same-rarity Bounty Skins with one another. Soon after the Beta was released on January 29th, 2021. The Beta website now allows players to sell and purchase skins for Bounty Coins directly. The Beta Bounty Marketplace became unavailable after March 31st, 2021, and did not immediately return with the launch of the new Bounty Store.[3] If a player owned multiple copies of a skin through the marketplace the player was payed out a predetermined amount of

The Bounty Marketplace returned on September 29th, 2021[4] with new features and improvements.

Link to the Bounty Marketplace

The Bounty Store also includes Boosters that can be purchased here.

Items that were available in the Bounty Store throughout the last weeks. Sorted from new to old.

On top of the three rotating skins, there used to be an additional fourth skin option in the store that held a unique skin for the duration of an Event Pass. This skin could only be purchased by players who had bought the accompanying Event Pass, and was unavailable for purchase otherwise. This skin didn't have a limited quantity and also didn't rotate out until the accompanying Event Pass ended, though this skin could often be obtained in other ways, such as via Chests. This feature was seemingly dropped following the Abyss Hunter Academy Event Pass.