Damage Falloff is a Gameplay Mechanic in Paladins. Many Champions have a limited range in which they can effectively deal damage with the primary attack. This is also indicated by the UI. 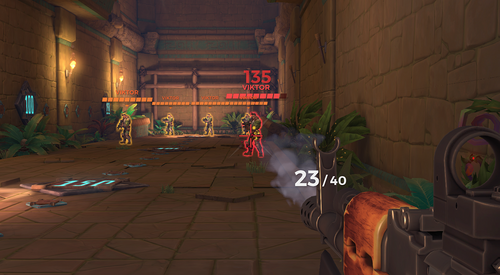 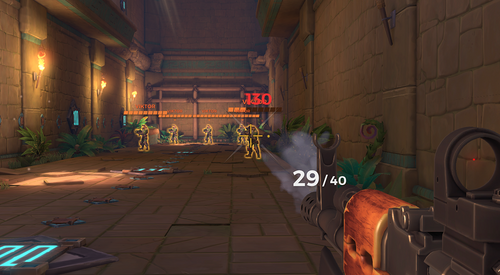 If the enemies have a yellow aura around them, it means that the primary weapon damage is effective but deals less damage. The damage falloff starts after the fully effective range and the damage continues to decrease as the range increases, until the point where the damage reduction could be capped. 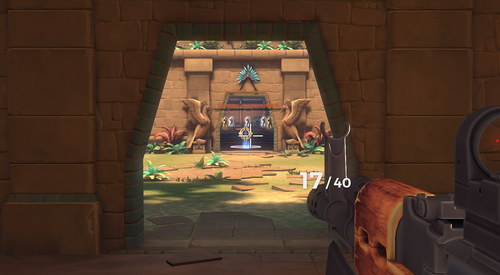 If the enemies have a white aura around them, it means that it is not possible to deal any damage at all with the primary weapon. The maximum range of the champion is exceeded here.