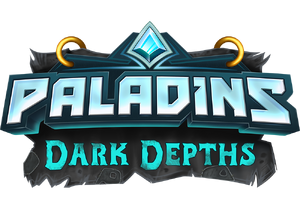 Dark Depths is an Event Pass that started on November 10th, 2021 with the Paladins Version 4.7 update. The highlights are the new Epic skins for Tyra and Saati.

Venture many leagues under the waves with our latest Event Pass – Dark Depths! Instantly unlock the Azure Depths loading frame for purchasing, and unlock a total of 24 levels of rewards as you play!

Players can also purchase a Buy All option to get all content in the Dark Depths Event Pass instantly! 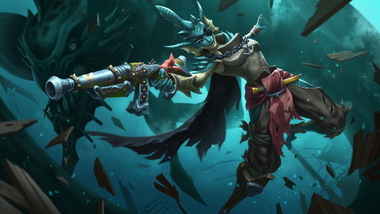 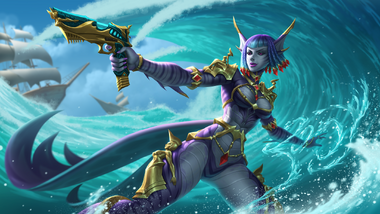 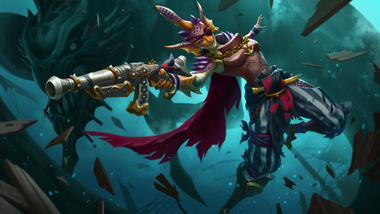 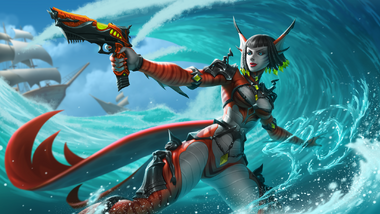 Level 8
Birds of a Feather
Emote

Expected to be available on December 1st, 2021.

Expected to be available on December 8th, 2021.