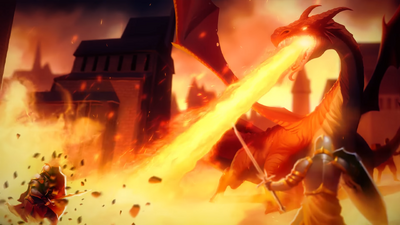 Before the events of Paladins, the Realm was in chaos. Dragons ruled the Realm and were nigh unstoppable with their immense power. It would not be until a wise mage learned the secrets of the dragons, becoming the first Warder, that the way would be paved for the Realm to enter its Golden Age of peace. However, before that could occur, the Goblin Scourges began.