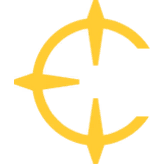 Headshots are a gameplay mechanic in Paladins. Headshots occur when a Champion with a hitscan-type weapon – such as Androxus' Revolver – lands a shot around the head area of an enemy Champion. These shots deal 50% more damage. When a player lands a headshot, a special damage pop-up icon with a yellow crosshair will appear and a distinct sound will be played, both can only be noticed by the player that landed the headshot.