Difference between revisions of "Makoa"

Makoa is a Front Line Champion in Paladins, added on August 4th, 2016.

Once the dedicated protector of the island home of the Ska'drin, the ancient Makoa has now been summoned to the mainland. In his absence, he fears that he cannot ensure the safety of the volcanic islands.

But with the greater threat in the Realm, he's taken to the land, to make sure those he protects have a home to return to. With him, he brings the ocean's fury and the tortoise's indomitable resilience, as well as various naval implements, to bear against those who would defile the natural world.

Makoa is a front line champion able to soak up large amounts of damage and a wide hitbox, making him ideal for defending his allies from enemy fire. His cannon shots are quite slow and have a steep drop off of trajectory and damage but can still be dangerous. Dredge Anchor allows Makoa to pull in enemy champions to leave them at the mercy of his teammates. Shell Shield spawns a large, round shield around Makoa for a duration, while Shell Spin allows him to quickly reposition himself even while his shield is active. Makoa's ultimate skill, Ancient Rage, will increase his maximum health, fully heal him and change his weapon shots for wide melee attacks that can hit multiple targets per swing, making it an ideal skill for turning the tides of battle around.

Increase the damage of your next weapon shot after hitting an enemy with Dredge Anchor by 75% for 4s.

Shell Shield is placed on the ground instead of channeled around you and lasts 2s longer.

Increase your Ultimate charge rate by 25% and your maximum Health by 500. Using Ancient Rage resets the Cooldowns of Dredge Anchor and Shell Spin.

This is a list with all cards available to Makoa:

All of the following cards are in Makoa's pre-built loadouts: 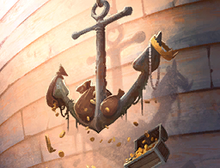 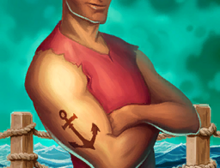 Reduce the Cooldown of Dredge Anchor by 3s.
5 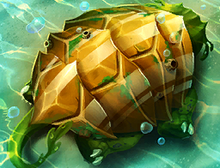 Reduce your damage taken by 15% for 2s after hitting an enemy with Dredge Anchor.
3 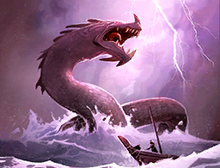 Reduce the Cooldown of Shell Spin by 60% after falling to or below 40% Health.
3 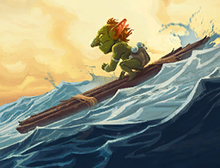 Increase the travel distance of Shell Spin by 30%.
3 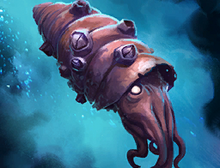 Increase the duration of Shell Shield by 1.8s.
3 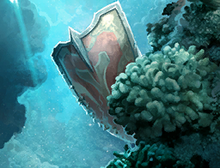 Reduce the Cooldown of Shell Shield by 0.6s for every 800 damage Absorbed.
3 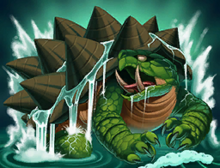 Increase the Health of Shell Shield by 800.
4 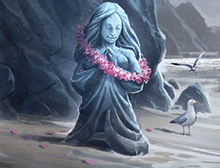 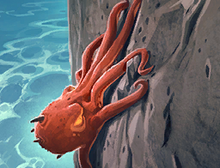 Increase your Healing received from other players by 15% while at or below 50% Health.
3 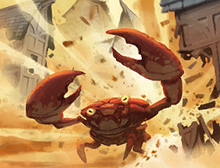 Increase your Movement Speed by 32% for 4s after getting an Elimination.
4

Reduce the Cooldown of Shell Spin by 60% after falling to or below 40% Health.
3

Increase the travel distance of Shell Spin by 40%.
4

These are the Cosmetic Items currently available for Makoa:

Your Shell Spin now lasts until cancelled and you can control its direction.