Difference between revisions of "Mal'Damba"

Mal'Damba is a Support Champion in Paladins, added on October 13th, 2016.

When Wekono, the Mother of Sorrow and Revenge, turns her gaze to the mortal world, she appoints a champion. In this cycle, the island witchdoctor Mal'Damba has been gifted with her powers and sent into the war to evangelize her faith by laying waste to any who would stand before his goddess.

His mastery of dark magic and virulent poisons was already impressive before the insidious goddess imbued him with even greater abilities, rendering him one of the deadliest beings in the Realm, an extension of Wekono's will.

Mal'Damba is a great healer with a constant presence in the form of Crowd Control and constant Healing. His Spitting Cobra fires globs of venom that deal damage to enemies. Upon reloading, he tosses his cobra, stunning anyone it hits. Mending Spirits allows him to quickly heal a single ally for a short period of time. Gourd allows him to heal allies and damage enemies within its area of effect. Slither allows him to traverse a short distance while gaining immunity to damage for a short period of time, allowing him to slip out of dangerous situations. His ultimate, Dread Serpent, fires a dark vessel that explodes when it makes contact with a wall, Fearing all enemies caught in the blast, making it very effective in shutting down enemy players.

Mending Spirits immediately Heals your target for an additional 250.

Your Gourd no longer damages enemies, but it Heals for twice as much.

Tossing your snake after reloading is faster and deals an additional 500 damage.

This is a list with all cards available to Mal'Damba:

All of the following cards are in Mal'Damba's pre-built loadouts: 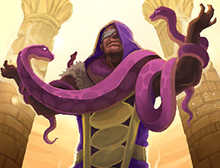 Heal for 45 every 1s while Healing an ally with Mending Spirits.
3 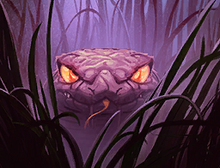 Reduce the Cooldown of Mending Spirits by 2s if you miss.
4 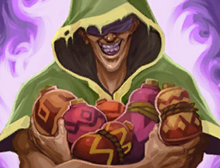 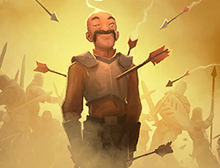 Reduce your damage taken by 20% while Healing an ally with Mending Spirits.
5 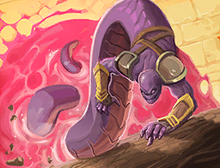 Increase the travel distance of Slither by 10%.
1

Reduce the Cooldown of Mending Spirits by 1.5s if you miss.
3 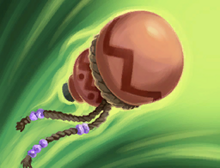 Increase the Projectile Speed of Gourd by 10%.
1

Reduce the Cooldown on Gourd by 4s.
5 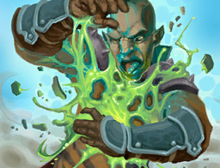 Heal for 180 after activating Gourd.
2 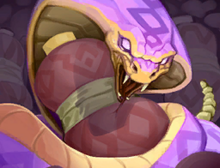 Standing in your Gourd grants yourself and allies 32% Lifesteal.
4 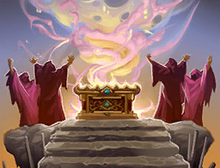 Reduce your active Cooldowns by 30% after getting an Elimination.
3

Increase the travel distance of Slither by 20%.
2 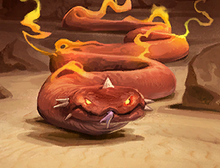 Gain a 75-Health Shield for 3s after Slither ends.
1 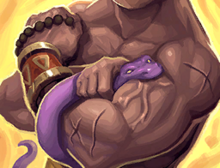 Increase your Healing received by 40% while at or below 50% Health.
5

Standing in your Gourd grants yourself and allies 32% Lifesteal.
4

These are the Cosmetic Items currently available for Mal'Damba:

Gourd now has a 50% chance to not go on cooldown.

Mending Spirits can now be used on enemies to deal 560 damage over 2s.