Welcome aboard Update 1.6, Champions! We hope you’re not afraid of ghosts…

The Abyss has claimed a new Champion to fight in their ageless war – Dredge, Admiral of the Abyss. His resurrection has also brought forth some unsightly horrors from the depths who are tearing open portals into players matches. The Dark Exchange will make it worth your time to purge these Abyssal Echos from the Realm.

This is our biggest update of 2018, so if you’re short on time here is our Update Highlights 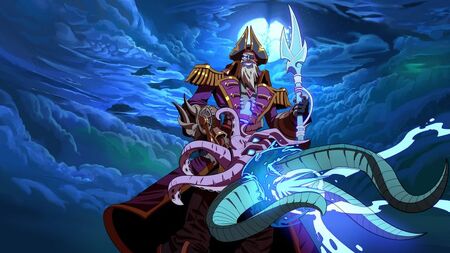 Champion #39: Dredge, Admiral of the Abyss

Admiral Dredge ruled the eight oceans as as the Realm’s most feared pirate until one final treasure led to his doom. Dredge stole the Warders’ relics from the Paladins, but could not tame the dragons’ might. His ship was destroyed, his crew scattered, and Dredge sank to certain death in the the ocean’s depths. The Abyss intervened and bore Dredge back into the Realm of the living. Now the undead admiral sails the seas again. And none will take his treasure.

Fire three projectiles that each deal 950 Damage after a 2s fuse.

Hurl a piercing harpoon. Enemies hit by the harpoon take 800 Damage and are slowed by 50% for 2s.

Deploy up to two portals that you can travel between.

Create a rift, after 2s Abyssal tentacles rip through reality dealing 4000 Damage in an area.

[Weapon] Your reload projectile now explodes in an area of effect.

Harpoon now lodges into terrain and explodes for 1000 damage when enemies are nearby.

Harpoon no longer has a cooldown or applies a slow.

Allies may pass through your Shortcut. 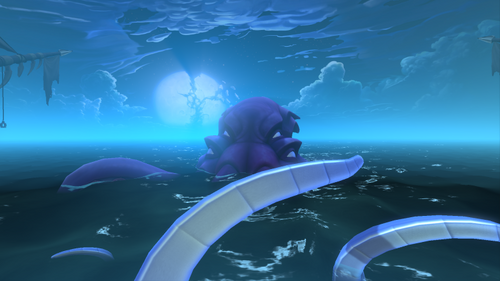 Abyssal Horrors are invading the Realm! Expel these Abyssal Echoes from matches before they can escape, collecting the Dark Doubloons linking their spirits to our realm. The Merchants of the Dark Exchange may have interest in taking these Doubloons off your hands.

Note: The Dragon’s Call game mode and Dragon’s Call event cosmetics will no longer be available with the release of 1.6 and the Dark Tides event.

During the Dark Tides Event every Siege, Team Deathmatch, and Onslaught game will have a 25% chance to spawn one of four Abyssal Echos during the match. These Abyssal Echos are Boss variations of the exclusive Dark Tides event skins, featuring unique movesets and voice lines.

Once an Abyssal Echo appears, players will have a short time to defeat the Echo before it tears open a portal and escapes to the Abyss. Destroying Death Speaker Ying, Knightmare Fernando, or Day Walker Vivian will award every contributing player 1 Dark Doubloon to spend at the Dark Tides event store, the Dark Exchange.

Careful! There have been sightings of a rare Abyssal Echo howling in the night. Defeat Full Moon Viktor and you’ll find yourself with a special Gold Doubloon. Gold Doubloons can be exchanged for Limited Special Variations of the Dark Tides skins – available only during this event.

All players will receive 4 Event Special Quests during the Dark Tides update.

After collecting enough Dark Doubloons, visit the Dark Exchange event store to unlock spooky Halloween content! To access the Dark Exchange, players must own one of the event artifacts from the Death Speaker Ying, Knightmare Fernando, or Day Walker Vivian Bundles

Note: Your first Dark Tides event Bundle will unlock a coupon for 20% off your second Dark Tides Bundle. 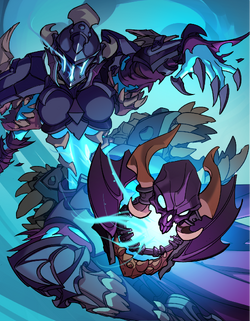 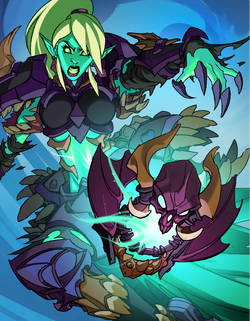 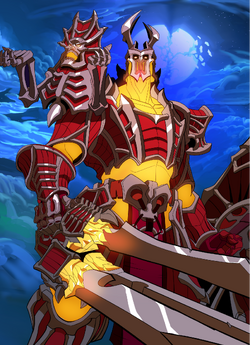 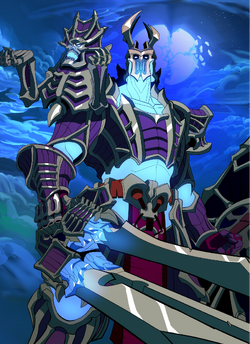 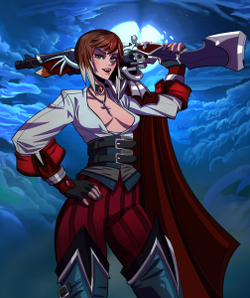 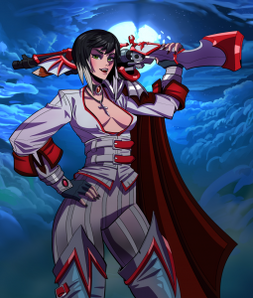 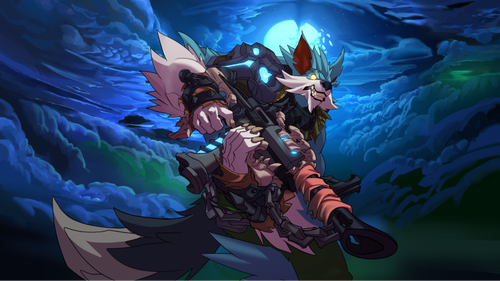 Unlimited is the latest cosmetic classification in Paladins. Unlimited Skins and cosmetics are high-end event content that will become available for direct purchase after their event has ended for the full price of that event.

Unlimited Skins are our answer to a long time frustration with new players – the disappointment that there is no way to acquire certain event skins that were marked as Limited. We don’t anticipate that many players will choose to unlock Unlimited skins in this manner, but we wanted to give a path for collectors to be able to unlock these skins at a premium without hurting the exclusivity of these skins for players that actually participated in the events. 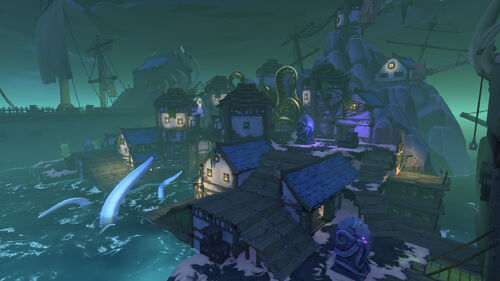 In ancient times, this remote island was home to a dark sect: A cult that worshipped the Abyss. Its members vanished and most honest citizens fled, afraid to walk amongst the cursed ruins. The isle became a haven for crooks, scoundrels, and anyone escaping watchful eyes – including the pirate Dredge. 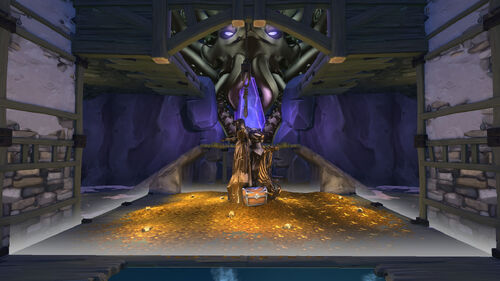 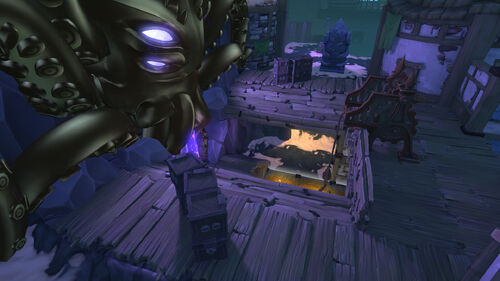 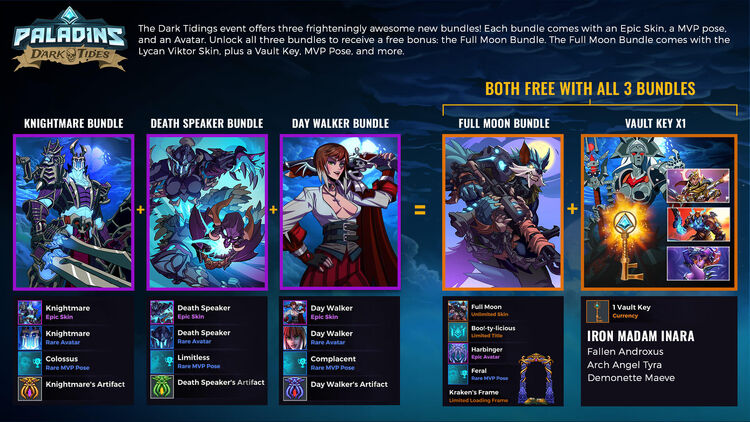 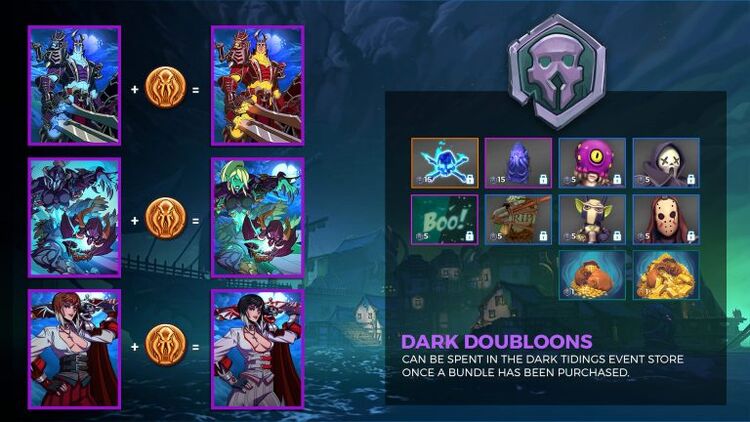 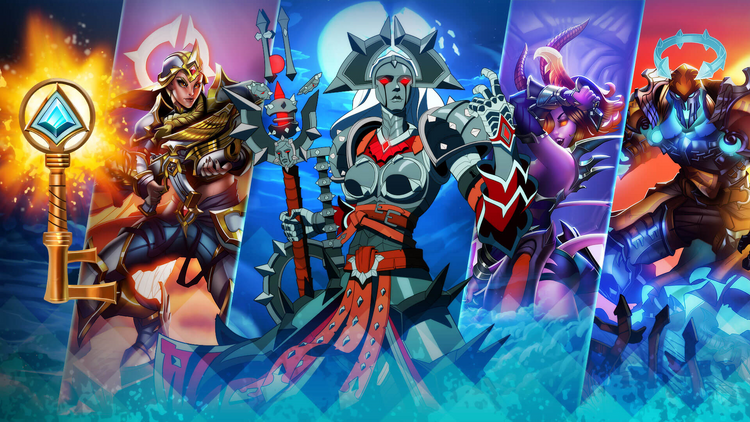 Purchase three event bundles to unlock two free skins: Full Moon Viktor and a skin of your choosing from the Vault. Exchange your Vault Key for the all new Iron Madam Inara skin or an Epic skin from past events. 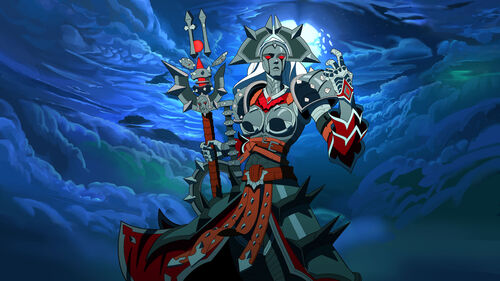 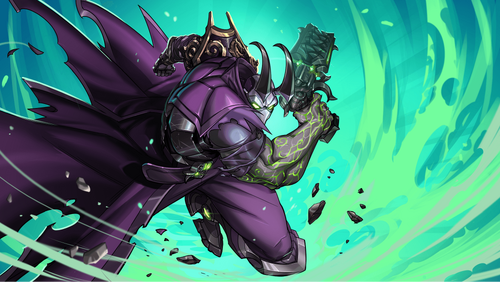 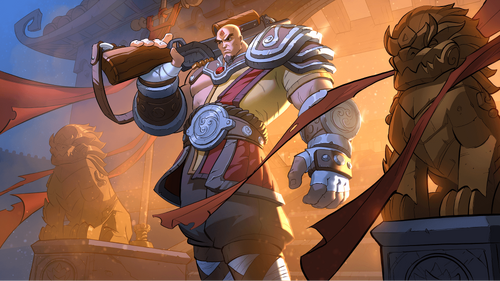 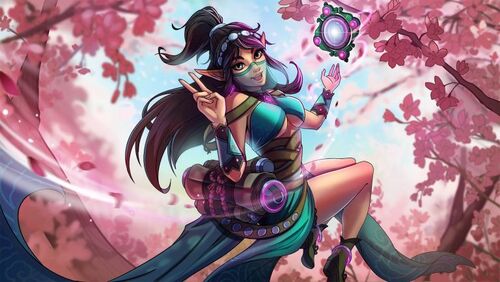 Our sound mix has been updated to better convey the danger and various threat level of enemies around you. This is our first pass, and we will continue to adjust our mix as we gather more information and feedback.

Deal of the Day

Deal of the Day is a new feature that bundles together Paladins content at a discount. The Deal of the Day is unique to each player and located in the store. Your personal Deal of the Day bundle will feature 3 unowned cosmetics containing anything from Legendary Skins to Mounts, Voice Packs, and more.

With 1.6 we will be introducing an improved version of our console controls and settings. We received great feedback on our earlier versions that has shaped this latest implementation. This includes a new aim assist system, improvements to aiming and turning, and bringing our controller settings more in line with the modern console FPS experience.

We have improved the functionality of our controller options and consolidated them into a settings suite akin to modern shooters.

Another vital part of console controls is Turn Acceleration Mode. Each mode represents a different way of playing Paladins with a controller; each style has its own positive and negative qualities. The core human-controller relationship that these modes represent is how your character turns based on your movement of the controller sticks. Below are descriptions of how these function.

These changes improve abilities that were often negatively affected by aim assist. 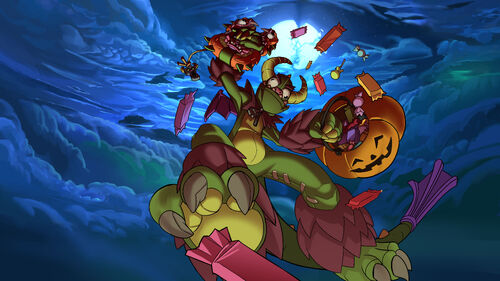 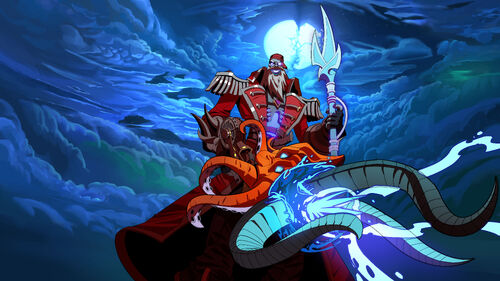 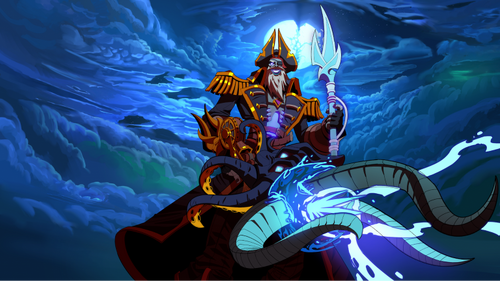 These 4 Halloween Sprays will be obtainable through special Halloween-themed community events. Follow our social media @PaladinsGame and stay tuned for more details!

The Cosplay Avatar will be given to Paladins cosplayers at events throughout the year, starting with Hi-Rez Expo! 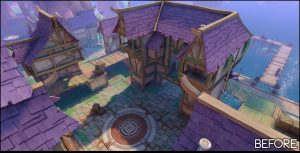 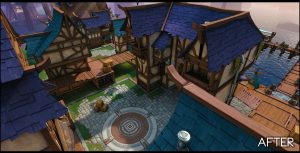 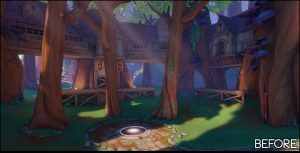 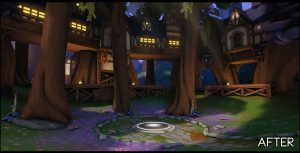 Developer Commentary: With Hi-Rez Expo just around the corner, 1.6 and 1.7 balance will be minimized to allow our competitive players the most practice time possible with the current game state.

Developer Commentary: We are still happy with Furia’s level of lethality at close ranges, but that lethality extends to longer range engagements too easily. We’ve increased Furia’s damage falloff to reduce her effectiveness at poking players out from afar.

Developer Commentary: Master of Arms was over performing in comparison to Koga’s other talents, allowing skilled players to significantly reduce their downtime and risk when fighting multiple opponents in a row. Dragon Stance is meant to be Koga’s moment of power, trading off his primary resource for powerful new weapons. Unfortunately the resource drain outweighed the value of Hellkite Claws in most situations – so we’ve made Hellkite Claws easier to confirm, giving more opportunities for Koga to be effective with Dragon Stance.

Developer Commentary: Talus’ True Power was actively conflicting with the rest of his kit. The knockback was so powerful, enemies were pushed out of Talus’ effective range, taking reduced damage from his weapon and not allowing a strong follow-up. These adjustments fix two things: