Champion #41: Atlas, The Man out of Time

There is no light in the future, only an all-consuming Darkness. The Realm is lost.

Atlas was born into this dark future as the son of a legendary Judge. Each day he fought to survive, and each night he found solace in stories of the Realm that was. These stories gave Realmkind hope, but their final stand against the Darkness failed tragically. All hope was lost… but one.

Atlas studied old books of Crystal magic and mastered the control of time. He researched old tales of what started all this, of how the world had fallen. And then Atlas stepped into the past, determined to save the Realm — and stop the Darkness — by changing the course of history.

A gun arm from a distant future that can be charged for 1.5s. It deals 900 damage and fires more accurately with fewer shots depending on charge time. It will fire automatically at full charge.

Fire a concentration of chronon energy that blasts its victim back to where they were 4s ago. Their health is reverted to its lowest point in that period.

Erect a temporal barrier in front of you that nullifies all ranged attacks for 5s.

Fling yourself back to where you were 5s ago. Your health is restored to the highest value it was in that period.

Supercharge your chronon accelerator. While in this state your weapon shots will Banish enemies for 4s. Banished targets can not be interacted with by enemies or allies.

Greatly increases the size of Stasis Field, but its cooldown is increased by 50%.

Setback becomes a lobbed explosion that can rewind multiple enemies.

Pre-game match lobby has been rewritten:

The match lobby code was written early in the Paladins development life cycle when the game was constantly changing. As the requirements for it changed and new features were added, it started accumulating a number of issues. Now that Paladins has stabilized, combined with our new focus, we decided it was a good time to address this part of the game as a whole.

This ground-up rewrite allowed us to fix many long-standing bugs: Inability to select characters, UI animations freezing, players being pushed to the custom game screen, Champions not being displayed as owned after buying them, bots not displaying correctly, and etcetera. It also allows us to more easily integrate new match lobby features in the future.

Part of this rewrite also allowed cleaning up the match lobby flow. Now, whether playing with mouse or gamepad, Ranked or quick play, the flow is consistent. When selecting a character, it stays in the character select screen so you can quickly change your mind based on what your team selects. Once you’re happy with your selection, you can click the “Lock In” button, which now exists in Quick Play, and select your skin. If all players lock in early, any remaining selection time will be skipped and the match will start early.

Additionally, when banning, you can select what character you intend to ban before actually locking in the ban. This gives other players on your team the ability to give feedback before locking in.

With the magnitude of this rewrite, it is impossible to say exactly how many small or rare bugs this has fixed, but it’s safe to say that number should be significant. This also means that new issues could arise, but should be much quicker to fix. So please share any feedback and bug reports during the PTS cycle!

Below are some of our highest priority gameplay issues that we are putting effort and resources into fixing. Many of them are rare cases that require specific and particular repro steps. If you have any information or perspective that could aid in solving the below issues, please let us know. 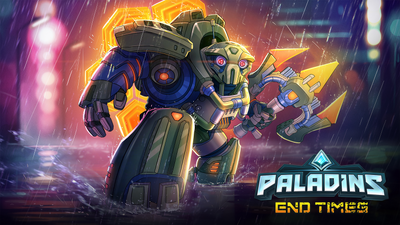 Atlas has appeared, but the tear in reality still remains. Join new Paladin and Magistrate champions as both sides fight to control this unknown power. 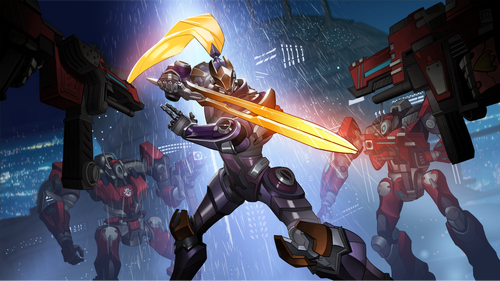 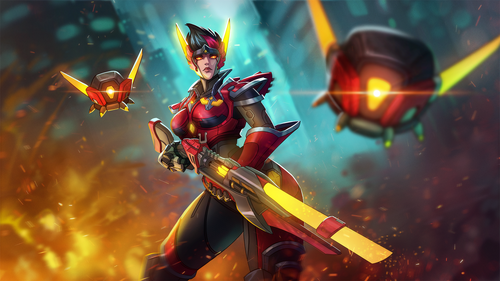 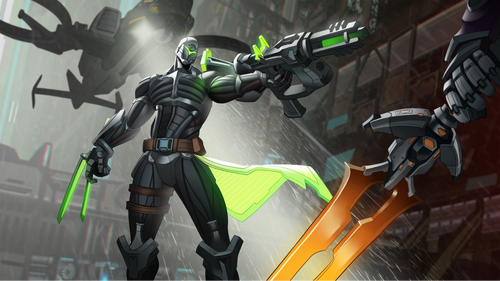 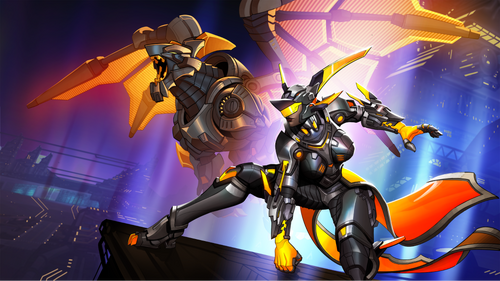 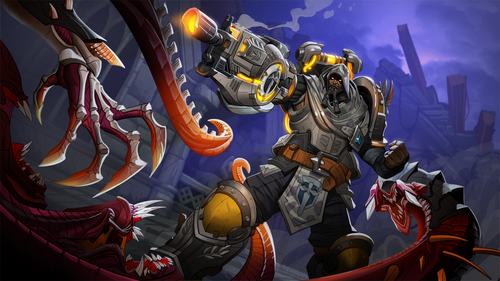 Plus, you’ll get 1500 Crystals to unlock the newest Battle Pass, a favorite Skin, or an Event bundle — the choice is yours!

Best of all: You’ll get the following incredible content for every new Champion, including Atlas, as they are released in 2019.

We’re launching an all-new Battle Pass in Future’s End: An 8-bit, retro gaming-themed Battle Byte Battle Pass! The pixelated effects on these skins are absolutely stunning, and capture the nostalgia of our shared gaming history.

Purchasing a Battle Pass level now awards an entire level’s worth of XP, rather than just bumping you up to the next level.

Receive instant rewards for purchasing, and unlock over 100 more goodies just by playing and leveling up your Battle Pass. All players start earning Battle Byte Battle Pass experience as soon as Future’s End is released, leveling up from 1 to 50. Battle Pass members unlock a reward every level, and also unlock the rewards along the free track as well.

The Battle Byte Battle Pass costs 600 Crystals, and rewards you just for playing. You can unlock up to 150 Crystals through the Battle Pass, reducing the cost to 450 Crystals for a Mount, 3D Spray, three Epic Skins and dozens more great rewards!

Get a jump start on this awesome Battle Pass with the Battle Passport, a quick purchase that not only unlocks the new Battle Pass itself but the next 30 Battle Pass Levels so you can start playing with the new content right away — including Battle Byte Inara and Bomb King!

The Battle Passport costs 1500 Crystals, saving you over 1000 Crystals! 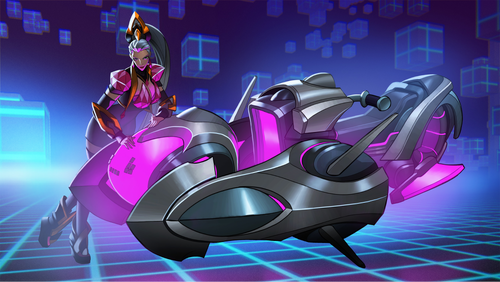 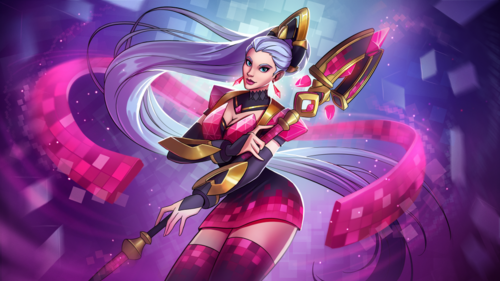 “Are you the one who summoned me to this world?” 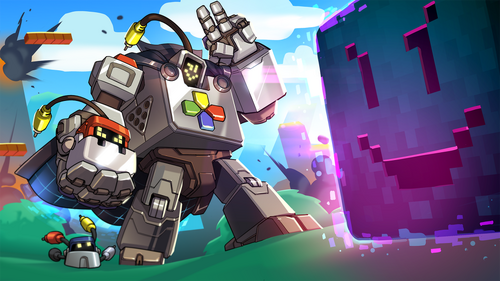 “I need someone to tighten up the graphics in level 3.” 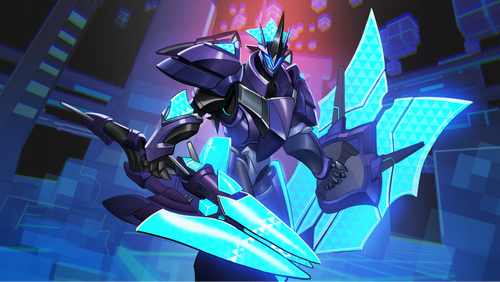 “Next champion release is going to be a robot dinosaur–I can feel it.”

Level 50 isn’t the end of the story! Battle Pass Plus gives players who complete the Battle Pass at light speed even MORE rewards to earn. Players who purchase the Battle Byte Battle Pass and reach level 50 can unlock the Plus track: Another 50 levels of rewards including emotes, an avatar, and the Legendary Game Over 3D Spray. 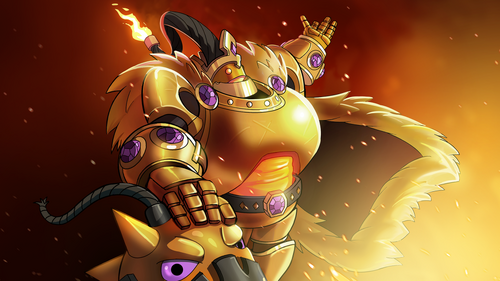 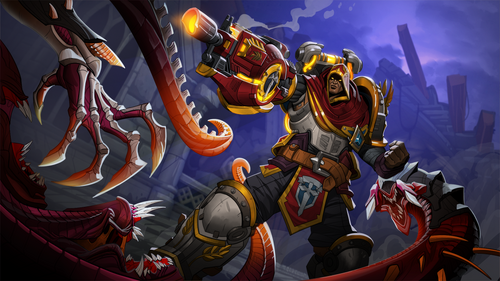 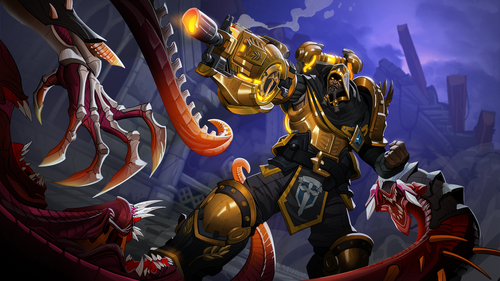 Future’s End will feature a Ranked split with new rewards. We have also reduced the number of qualifying games for new splits to five.

Developer Commentary: Dredge has been a hot community topic, and we wanted to adjust his playstyle in a healthy manner. While the old Heave Away and Scuttle combination was not overly powerful, it was too effective for its ease of use and was a source of high frustration. This change to Heave Away aims to reduce the effectiveness of the “scuttle spam” playstyle.

Developer Commentary: We are bringing back the old Hot Pursuit at a slightly lower movement speed, longer duration, and with an internal cooldown. We encourage unique playstyles for our Champions, but the old Hot Pursuit allowed over 60% uptime on a 50% movement speed buff. The frequency of this effect combined with Fernando’s natural tankiness caused a number of imbalances, as Fernando was able to effectively chase down and 1v1 almost any hampion. The introduction of an internal cooldown will reduce the uptime of the effect while still allowing players to have controlled bursts of speed.

Developer Commentary: Grover’s Season 2 changes have solidified him as a powerful Support at all levels of play, but he is currently overperforming (aka Grover #1 OP Champion). Rampant Blooming provided too much extra healing for just a Talent and has been brought down to put Grover more in line with other supports.

Developer Commentary: Jenos is currently struggling to compete with other Supports at all levels of play. He has a versatile kit that provides guaranteed lockdown, a lethal Ultimate, and a heal that is applied through walls, but his raw healing values fall about 30% short from top of the pack. With the versatility that Jenos’ kit provides, we do not want him to directly compete with more healing focused supports, but we do believe his healing values are too low in comparison.

Developer Commentary: Following the Fire and Ice adjustments, Koga’s claws have become a very lethal and easy-to-use tool without significant cost, especially when running Dragon Fangs. We still want the claw stance to feel deadly but vulnerable, so we’ve reverted the heal drain cost to Dragon Fangs and decreased their projectile size–making their window of use and effective range smaller. His SMGs, on the other hand, have become much harder to use with the smaller ammo clip nearly requiring you hit every shot to kill an enemy, so we’ve reverted them to their original clip.

Developer Commentary: The permanent health buff provided by Leviathan allows Makoa to reach upwards 2,000 more health than other Frontlines. This extra trankiness has allowed Makoa to shine as one of the most dominant Frontlines in Paladins for quite some time. We are reducing the health total to bring him more in line with the others in his role.

Developer Commentary: We have made these new adjustments in hopes of creating a more engaging play experience. Players will be rewarded more for detonating their Magic Marks at maximum stacks and will find it harder to win engagements if you are not detonating your Marks properly. Recently we discussed moving Moji to the Support role, but will not be doing so in the foreseeable future as we are allocating our resources towards the Hunt.