Behind every door of the mind is the fear of the darkness in the corner of a dimly-lit room. It is the unknown — the terror without a form, but with a name: the Shadow.

Vatu’s origins are shrouded in the same shadow he uses as a weapon. He is the knife in the night, ending an eternal conflict – he is the untimely death, never confirmed as accidental. He and the Thousand Hands guild have an understanding: they provide him with work and money, and he takes care of their problems. The only thing clear in his actions are his desire to protect his Ska’Drin people and his deadly capability to do so.

Wielding sharp Kunai and mysterious shadow magic, Vatu takes care of business with a ruthless efficiency matched only by his strict code of ethics. His are not the eyes you want to see staring back at you from the darkness, for by that time it is already too late.

Your Ambush gains an additional charge and can now be used on allies.

Increase the explosion radius of Shadow Bombs by 5 units and they now home to enemies.

Reduce the Cooldown of your basic abilities by 15% after hitting an enemy with at least one Kunai. This can activate only once per throw. 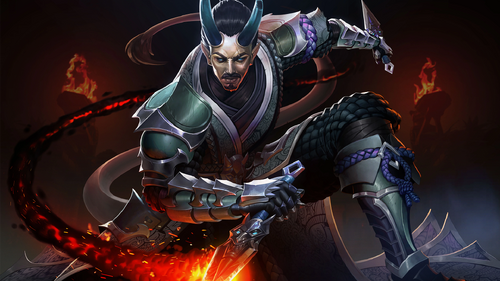 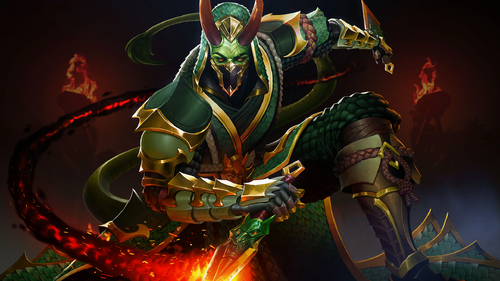 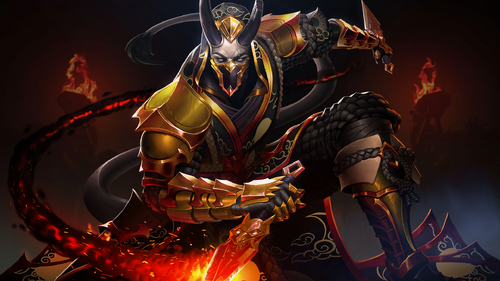 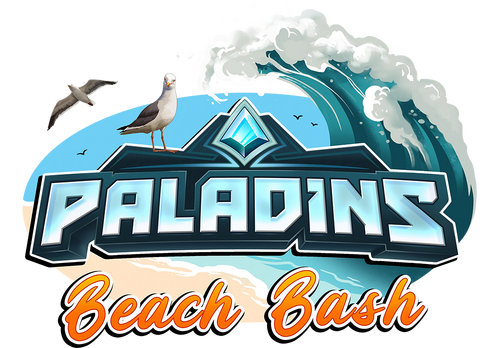 Hit the waves with our latest Event Pass – Beach Bash! Instantly unlock Beachside Octavia for purchasing, and unlock 24 levels of rewards as you play and complete Trials of the Realm.

Players can also purchase a Buy All option to get all content in the Beach Bass Event Pass instantly! 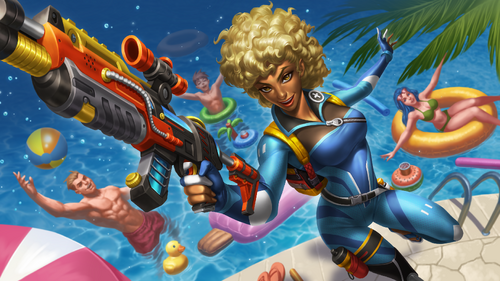 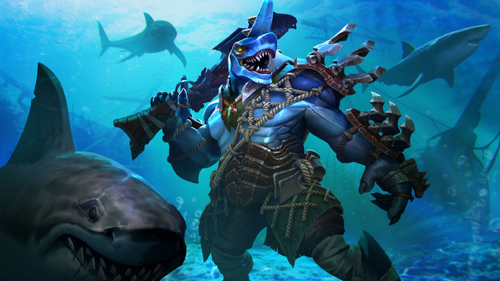 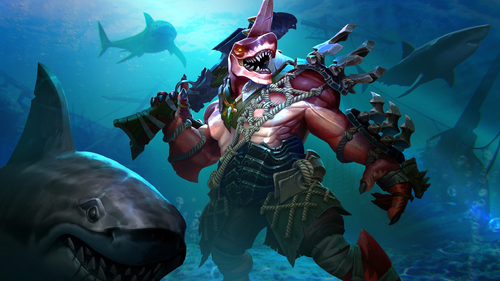 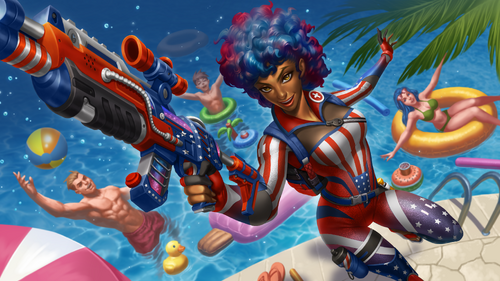 New Trials and rewards await you with the release of the Shadows patch! Complete these challenges each week to unlock a variety of cosmetics, currency, and XP rewards.

Developer Commentary: The underlying design and architecture are basically the same as the original but the materials, rocks and vegetation are much improved. We’ve added metallic gold through the map to add a feeling of opulence and ancient wealth. We’ve also added a new Jaguar statue to the map at the head of the waterfall along the back wall of the map. It’s large, imposing and should serve as a landmark from quite a distance. All the water and waterfalls in the map have also been updated to use the textures and material treatments used for water in Bazaar and beyond. This includes an updated waterfall material created for this map by our VFX lead. As for lighting, we’ve tried to make the tree canopy atop the buildings much denser, which has resulted in deeper shadows throughout Jaguar Falls, giving the map a more tropical, jungle-like feel. Torchlights and dappled sunlight have been added or enhanced to keep the level readable for gameplay while retaining the moody atmosphere. We hope you enjoy this updated take on one of our classic maps! 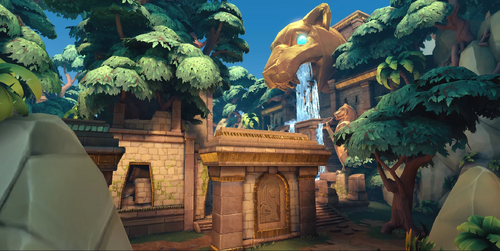 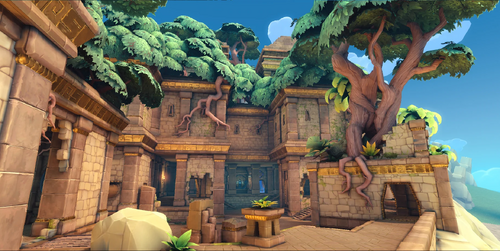 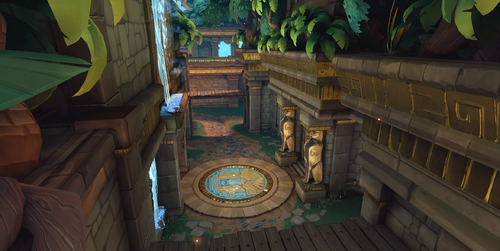 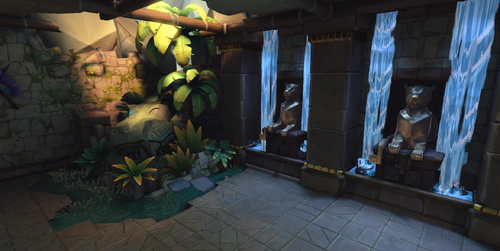 Play Paladins in new and exciting ways with a variety of Limited Time Modes (LTMs)! The Shadows patch will feature 8 unique modes that rotate throughout the patch cycle. Each week there will be two limited time modes available, one on Tuesday & Wednesday, and another on Saturday & Sunday. Here’s a quick preview on what to expect:

Developer Commentary: This is the first in a multi-step plan over the next year for players to engage with Paladins in new ways. For now, we’ve created resources that allow us to continue creating unique LTMs for our players without a large amount of developer overhead, and in the future we will be exploring the following:

Developer Commentary: I would like to set some clear expectations with you all – we cannot promise a return of these modes at this time, there are only plans to investigate the work required to bring them back. We are aware that many players have fond memories of Payload, but it only accounted for a small percentage of matches when it was removed years ago. We want to make sure we are spending our resources on the best things for Paladins as a whole, so If an excessive amount of work is required, we may choose to focus those resources on other items in this list. 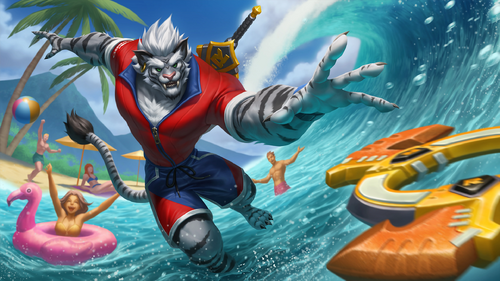 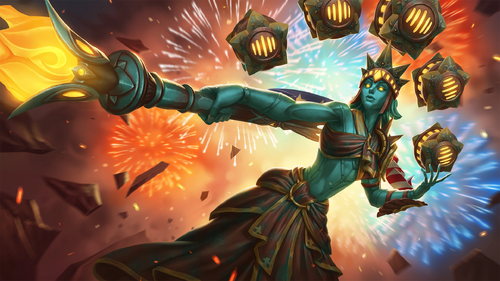 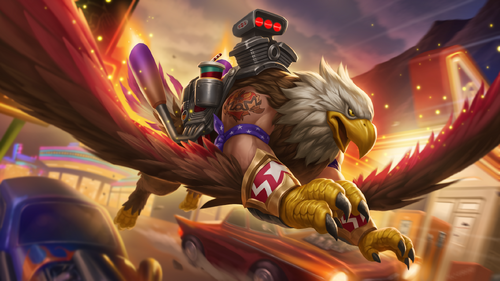 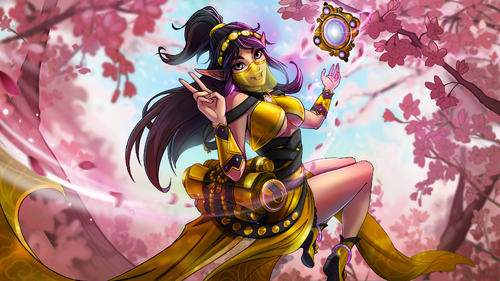 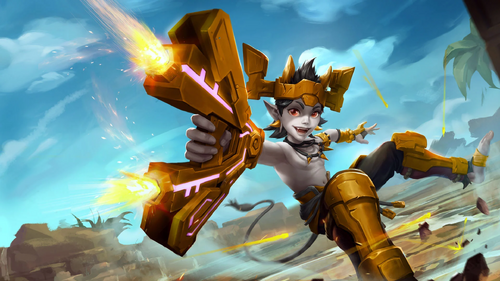 Developer Commentary: We are pushing back the next Ranked Split to the following patch. This will be a large mid-season balance update that will see Talent reworks, ability & card balance, and Item Store changes.

Developer Commentary: We believe these updates to Ranked queue times should reduce the number of unbalanced matches players run into, especially at higher ranks. On average, all players will be in the ranked queue for longer periods of time, with higher ranks likely seeing the largest increase.

Developer Note: Previously, Grohk could use both charges of Healing Totem one right after the other, but only one charge’s Cooldown would be ticking down at a time, with the second Cooldown waiting to start until the first finishes. Now, each charge of Healing Totem will start its Cooldown immediately on use, rather than waiting for the previous one to finish.