Players land in the Post-Match Lobby Landing Screen after a match finishes. In this screen all information of a game is displayed in several tabs. 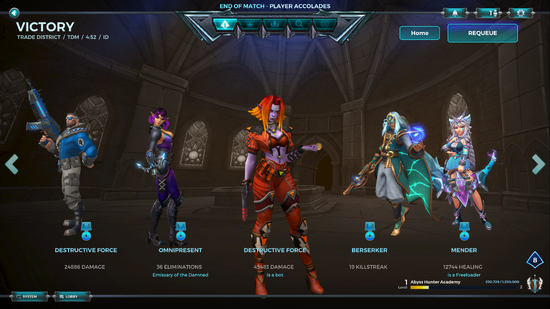 Players will be presented with the accomplishments of their entire team. Each player of the team will receive a unique accolade title based on their best accomplishments and statistics showcased during the match. The individual Champions are displayed in their selected MVP Pose. Furthermore players can give praise and reward other players who show positive attitudes in the community with Commendations. 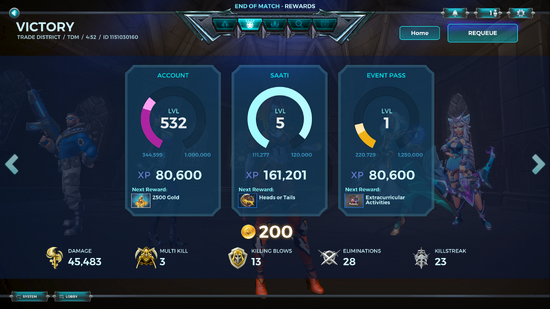 On this tab players can see their Account, Champion and Event Pass Progression and also their next unlockable rewards. In addition, it shows how much

Gold the player has received through the match and which personal Accolade medals were achieved. 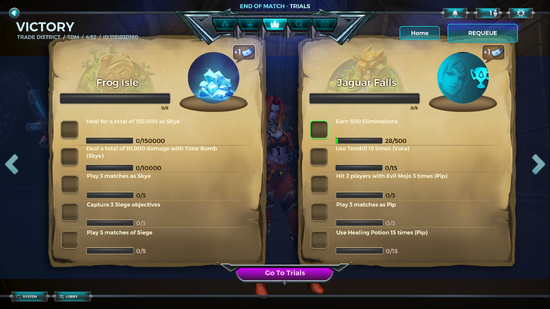 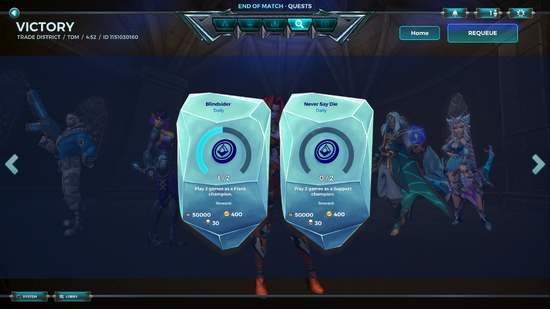 The Quests system allows players to earn rewards, like

Event Pass XP. The Daily Quests and their rewards are shown.

The Scoreboard shows the performance of the players after a match. Also players can be added as friends, gifts can be sent and players can also be reported.