The Abyss is a dark and mysterious place connected to the Realm. Home to demonic Abyssal Lords that feast on souls, what originates from the Abyss is often best left there.

The maps Abyss, Throne, and the Abyssal Spire from the Rise of Furia event are all located in the Abyss.

Fields of Strife
"The Domain of the Abyssal Lord Raum. Souls suffer endless battle, only to be broken again and again by the Rage of the Abyss himself."[1]

Seas of Despair
"A grim ship sails forth on a black horizon, buffeted by waves of lost souls in anguish. The Seas of Despair belong to the Abyssal Admiral Dredge, and its cold dark depths mirror that of his own wretched heart."[2]

The Rift
"An infernal gate between the Realm and the Abyss. It first emerged from the ruins of Seris, but has since been untethered. The rift now appears throughout the realm at the behest of an unseen force.[3] 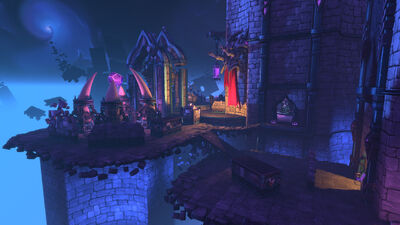 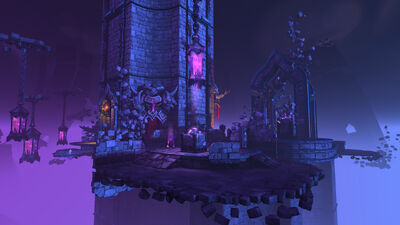 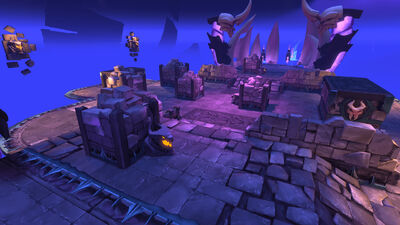