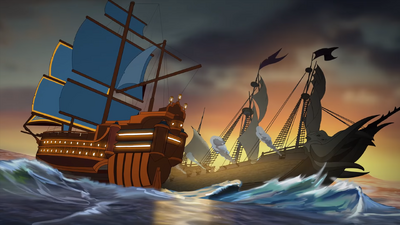 The Eight Oceans are large expanses of sea in the Realm, ruled by the Admiral of the Abyss, Dredge.