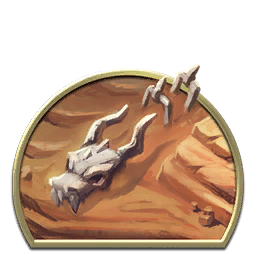 The Thousand Hands Guild is a criminal organization in the world of Paladins. The Thousand Hands is currently led by Lord Zhin and for the most part they behave neutrally in battle. It is located in the 'Lunar Coast', alongside Ascension Peak, Bazaar, and the Shattered Desert.

Trials of the Realm Bio:
"The reach of the Thousand Hands is vast and their numbers are obscured by shadow. They are everywhere, but the seat of Zhin's power lies in the Steppes of the Lunar Coast."[1]

Zhin once belonged to noble lineage, though he was somehow robbed of his heritage. Zhin started to operate as an underworld thug. By the time he was a man, his expertise in crime and leadership allowed him to create a network of loyal like-minded bandits - a network he would grow into the shadowy empire of the Thousand Hands Guild.

One of Zhin's supporters and henchman is speculated to be Sha Lin, the Desert Wind. It's also speculated the reason Sha Lin ends up betraying Zhin was due to falling in love with Ying, who is implied to have possibly been captured by Zhin in her bio, as well as Zhin's kill taunt towards her "I haven't forgotten about you.", though this isn't confirmed.

Buck was another member. Little is known about Buck's connections to the Thousand Hands, but it is believed Buck was originally a member prior to joining the Magistrate.

Another dedicated disciple was the street rat Koga. He challenged Zhin, and impressed him enough to take Koga under his wing and give him a new life. But Koga was betrayed out of jealousy by the other members of the Thousand Hands. Koga quickly retreated, vowing to exact his revenge against the one who caused his exile.

Skye, similarly to Zhin, was also a descendant of royalty, however, she had left willingly. She joined the Thousand Hands at some point and would later defend Zhin from Koga's return, as shown in the "Koga's Revenge" cinematic. She would later join the Magistrate as Karne's closest advisor, though it's unknown why she decided on this, as well as if she is still currently in this position.

How long was it, since Koga last climbed these walls? How long, since he last stood among the Thousand Hands. This was not how Koga thought he would return to his family. But family doesn't try to kill you. Family doesn't brand you a betrayer. No longer would he wait. Koga would face his former master and Zhin would pay. The Thousand Hands would never forget the day Koga left, but the day he returned would be far worse.

Koga returns to face his old master and to demand the answers to his betrayal. However, Skye intervenes to protect Zhin, and the duo fight. While the results of the battle are inconclusive, we know that both duelists and Zhin survive the encounter.

After that, Koga joins the Resistance, as he can be seen with them in The Fight of Shattered Desert.

Skye seemingly shifted away from the Thousand Hands, catching the attention of the Magistrate, joining them as Karne's closest advisor.

Sha Lin would join the Resistance to fight against the Magistrate, though it is also possible he joined due to Ying wanting to join.

Zhin remains stalwart in his goal of crime and bounty. The Thousand Hands serve as a mercenary faction, hirable by both the Magistrate, Resistance, and whoever else may desire their services.