There are also cosmetic voice pack for each champion that replace the default voicelines used by the VGS to new ones when playing with that champion, voiced by that character/skin's actor.

There are three different VGS options available in the Gameplay settings: 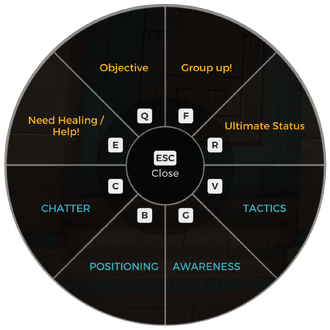